Leavening Agents in Baking
If you have ever gone through the baking, you must have gone through the word “leavening”. Leavening agents plays a dominant role in the bakery products. Without the leaveners we will get bread as flat and crispy. Leaveners lighten the dough, which is causing the dough to rise. They are the substances that cause the flour mixture to rise. They help in the expansion of batter and dough by the release of gases within the flour mixtures, producing baked products with porous structure. Leaveners give rise to air pockets within the dough or batter resulting a light and fluffy product which we all love.

Chemical Leavening Agents: Compounds produced from chemicals that, leavens the baked goods. Chemical leaveners work by releasing carbon dioxide in the dough which is triggered by moisture or heat. The air bubbles expand due to the carbon dioxide inside it exposed to heat in the oven and expand until a firm structure is achieved. In this way, chemically leavened baked goods rise.

Mechanical Leavening Agent: Mechanical Leavening Agent are the most basic type in which air is trapped in a dough or batter by number of different processes at the time of dough mixing. It is a manual process where air is incorporated into a mixture or by releasing gas already confined in the product. Creaming is a most common mechanical leavening process which involves mixing sugar with fat in a mixer which allows the incorporation of air bubbles into the mixture giving a fluffy texture.

Other Leavening Agents:  Steam can also be used as a Leavening Agent. When water becomes steam, its volume increases by some 1,500 times.  Due to the high temperature, the starch in the flour is gelatinized, which helps in the structure. Thus when the product is baked, the steam inflates the product, but rather than snapping back, it holds its shape and the air pockets in the center of the product remain intact.

How Does Leavening Agents Works?
As you all know cereal plants contain glutenin and gliadin as major proteins. But among all other cereals grains, wheat contains the highest level of these proteins. Dough is made from the wheat flour containing both glutenin and gliadin. When these proteins of different attributes mixed with water, they hydrate and form a new protein called gluten. Dough elasticity and strength is due to glutenin and gliadin which imparts adhesive properties to gluten. Molecules of gluten arrange themselves to form a continuous network that is tough and elastic. Leveners forms thousands of bubbles in the dough causing it to rise. Dough rises due the action of leavening agents and gluten has the capacity to stretch. Leaveners release the gases within the flour give rises to air pockets making the dough light and fluffy. They help in the expansion of batter and dough by the release of gases within the flour mixtures, producing baked products with porous structure. Carbon dioxide gas is mostly responsible for the leavening action in baked products which can be produced biologically or chemically.

There is no action of the leaveners if the bubbles burst and gas escapes. Therefore these gases necessary to retain in the product until the product is set and retained its shape. So dough’s elasticity is needed so that the bubbles expand without bursting and the gas remains trapped in the bubbles long enough. So, at the end when the gas finally escapes, those air pockets retain their shape instead of collapse. The size of the air pockets determines the texture of your baked products. Small air pockets results in a smooth texture, like in cake whereas larger ones results in a rough texture, like in bread.

First of all, we should understand why someone would want to leaven their bread. You will get the product crispy, flat and much tougher without leavening agents. Leavening agent builds a matrix of gases inside your dough or batter in which air is trapped and causes the dough or batter to rise upon baking. After that gas is allow to escape the dough but leaves the structure still in place. This gives your end product the lightness and fluffiness that we expect from a delicious homemade baked good, and can vary greatly by the size of the gas bubbles that are formed during leavening.

Finds Under $5, Welcome to a Buyer’s paradise 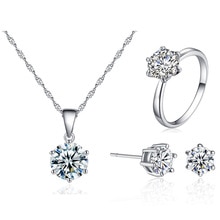 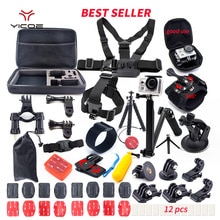